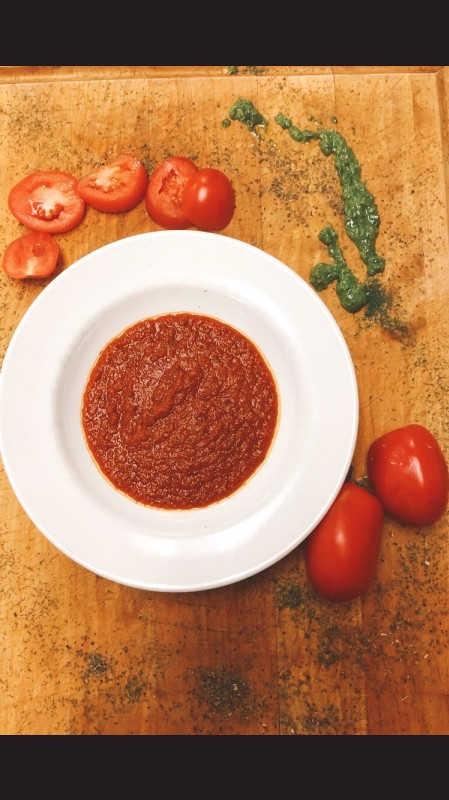 Tomato sauce, also know as Neopolitan Sauce in Italy, is believed to have been invented around Naples, Italy in the 1880's.The story goes that it was invented by a restauranteur to celebrate the visit of Queen Margarite who was the first Italian monarch since Napoleon conquered Italy.It is a simple sauce of chopped tomatoes, olive oil, onions, garlic, basil, oregano and water that is slow cooked and pureed to create a smooth textured sauce with rich flavors.

Its big sister sauce, marinara, is believed to have been invented in the southern part of Italy, possibly Naples and Sicily around 1692  when New World tomatoes first arrived in Europe. It is believed to have been invented by Italian chef Antonio Latini and the consistancy was more thick and dense like a salsa. As it traveled and preserved well due to the olive oil in it, It was know as the sauce for sailors and hence "marinara" sauce. It has many  Americanized variations across the world in restaurants and family recipes now, but the original sauce was slow cooked and consisted of chunkier pieces of tomato, giving it a more pungent tomato flavor, as well as garlic, herbs, red wine, olives and capers.